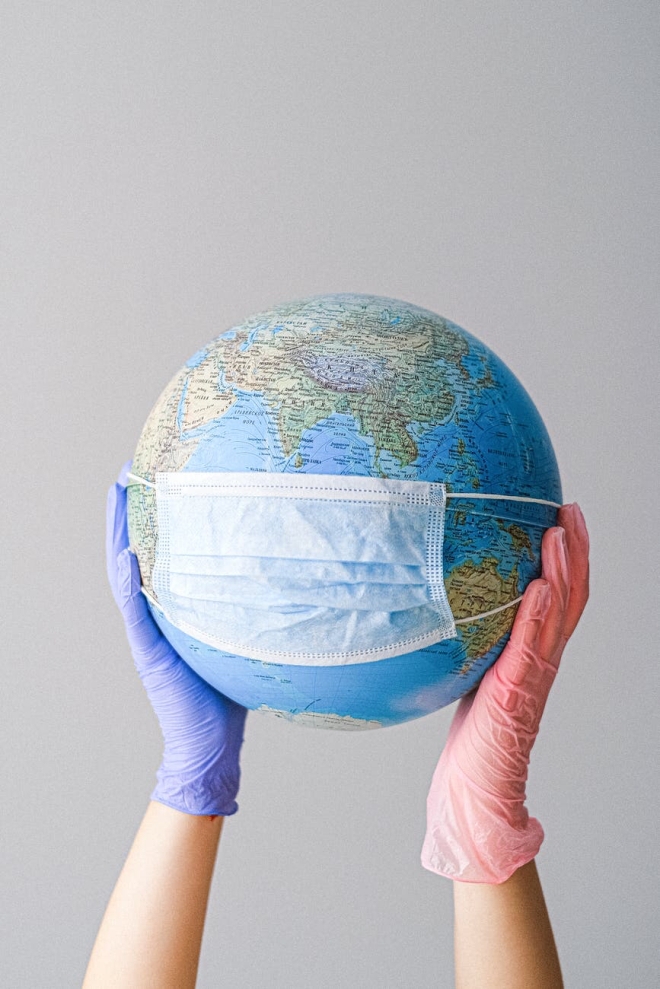 As I look to see what is unfolding in the world, I believe that we have reached a point where people are being pre-conditioned for what lies ahead. I believe that we are indeed at the brink of the rapture of the church because of all that is transpiring so quickly, according to scripture. As a Christian, I am commanded to share this with as many that would not be aware of what scripture says, in order that more should come to salvation before the terrible Tribulation begins.

The Corona virus, which is very real, has been loosed to control people by fear. It is a preceding tactic that will help usher in the true agenda of the enemy. It is very apparent that the media is playing its role into programming what the world wants people to think and believe in order to make the transition to a New World Order, easier and with less resistance.

As Christians, we are given discernment to know whether something is from God or not. We are living in the Last Days and are very close to the rapture of the church. Jesus foretold what would begin to unravel before His coming, so that we would be able to identify those events and know that His redemption from this world (rapture) is near. Jesus states in Luke 21:28 “When these things begin to happen, stand up and lift up your heads, because your redemption is drawing near.”

Scripture tells us of a system that will lead to having a “Mark” from this “Beast” system that will be in place. It is described by John in the book of Revelation. Remember to keep in mind that John was seeing future events and was having to describe things that didn’t exist in his time. He described this in Revelation 13:16 “He required everyone—small and great, rich and poor, free and slave—to be given a mark on the right hand or on the forehead.” The Greek word for “Mark” is χάραγμα (charagma). It means an etching or engraving or stamp. In Strong’s concordance (‘G5480)it also means “a badge of servitude.” It will be a visible mark on the skin and located on the right hand or forehead. So, why on the right hand or on the forehead?

Satan has always been a “copy cat” to what the Lord does. For example, he will have his own unholy trinity during the Tribulation (Satan, Antichrist and False Prophet). Throughout the Bible, Satan tries to imitate what God does to usurp God’s authority. When Moses and Aaron went before Pharaoh, Moses threw down his staff and it became a serpent. Pharaoh then ordered his magicians to do the same and they also had a stick that turned into a serpent. We read this in Exodus 7:11-12 But Pharaoh called the wise men and sorcerers and magicians of Egypt, and they also did the same things by their magic arts. Each one threw down his staff, and it became a serpent. But Aaron’s staff swallowed up the other staffs.” The Lord’s serpent swallowed up theirs to show that He is greater and victory is His alone.

Something to note is that scripture has always used the pairing of the hands and the forehead as a symbol of obedience and loyalty to Him, by His people. So, one must notice that Satan will also attempt to usurp God by having his own followers marked. This will identify those that show loyalty to him. Remember, the enemy also has a Satanic “bible” and his own “church.”

During the Tribulation, God marks His chosen. In Revelation 7:2-3, God chooses 144,000 Jewish males that He will use to spread the gospel to Israel and the world and marks them by a seal on their foreheads. “I saw another angel ascending from the rising of the sun, having the seal of the living God, and he called with a loud voice to the four angels who had been given power to damage earth and sea, saying, ‘Do not damage the earth or the sea or the trees, until we have marked the servants* of our God with a seal on their foreheads.’

In the Old Testament, God also had His chosen people (Israel) show their obedience and loyalty, by having their hearts, hand and forehead imprinted with His Word.

In the Bible, when foreheads and hands are mentioned together, it refers to loyalty to God.

Right now, we are having our temperature taken on our forehead or on the hand, eventually it will come down to accepting a permanent “mark” on the forehead or on the hand, There are many technologies that exist right now that could lead to this Mark of the Beast spoken of in the Bible. Many things have come that people have wondered whether it would be “the mark “, including “the chip.” The one technology that has caught my attention is that of DARPA’s Hydro Gel.

This technology literally is placed on the skin and goes into one’s bloodstream. It literally binds with the human body and genetically modifies a person’s DNA! A human is no longer “human” (genetically). I believe that because of this, that is why whoever takes this mark is condemned to Hell and has no salvation, during the Tribulation. In Revelation 14:9-11 we read, “A third angel followed them and said in a loud voice: “If anyone worships the beast and its image and receives its mark on their forehead or on their hand,
they, too, will drink the wine of God’s fury, which has been poured full strength into the cup of his wrath. They will be tormented with burning sulfur in the presence of the holy angels and of the Lamb.
And the smoke of their torment will rise for ever and ever. There will be no rest day or night for those who worship the beast and its image, or for anyone who receives the mark of its name.” It makes perfect sense! It’s not that the Lord doesn’t want to save these people, but that they have chosen their loyalty and servitude to Satan. It also means that because Jesus died only for humans, these have literally lost their human genetic makeup because they have been genetically modified! I have only lightly touched up on the effects of the Hydro gel. Please read up on it because it literally fits with scripture’s description of the Mark is the Beast. It also relays one’s health status, food intake, diseases and tracks a person’s location. It is also capable of “self-curing” the body, so praying for healing would no longer be necessary. It pollutes the body with so many toxins and it allows for the one who is “in control” to “delete” a person at will.

I believe Christians will be raptured before this mark is made mandatory by law. The evidence for this is because scripture tells us that God’s people will not suffer the wrath that unbelievers will in I Thessalonians 5:9 it reads, ”For God has not appointed us to suffer wrath, but to obtain salvation through our Lord Jesus Christ.” The Tribulation is the time of God’s wrath.

In Revelation 3:10, we have the promise of Jesus.
“Because you have kept My command to persevere, I will also keep you from the hour of testing that is about to come upon the whole world, to test those who dwell on the earth.” Stay strong in the Lord, He keeps His promises and is coming very soon!

What Is This Vaccine?

The truth behind the vaccine of the future.

In My Weakness, He Makes Me Stronger

When we’re at our worst, Jesus is there. That’s when we need to call upon Him to ask what He wants to show us and He will answer.

We are in the last days before the Tribulation begins and even closer to the Rapture of the church. Read the message and determine it for yourself.

5 Steps To Making Sure God Hears Your Prayers 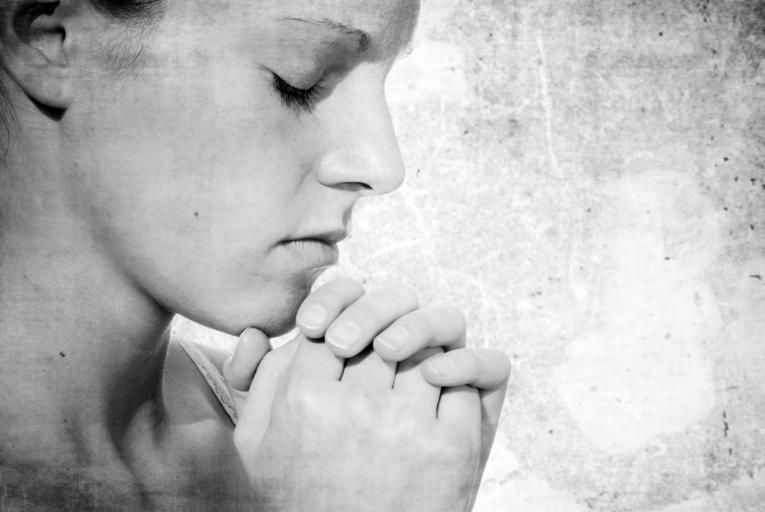 How do you know if God is hearing your prayers? Read this post to see what scripture has to say about it. 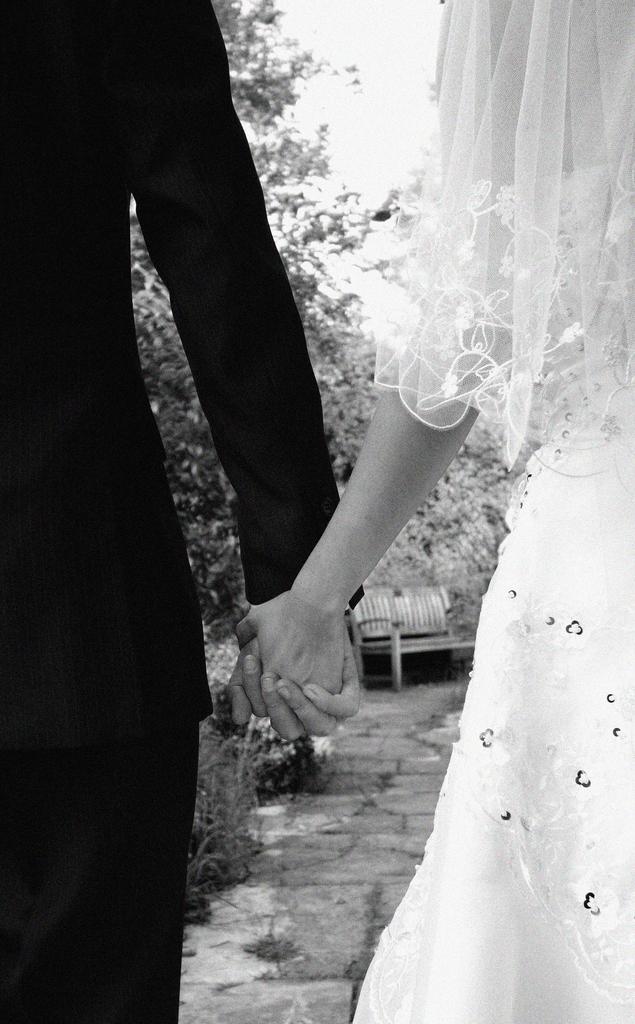 Read how the Wedding Feast of Cana shows how Jesus is foreshadowing the Marriage Supper of the Lamb, which occurs after the Rapture of the church.