I accepted the Lord at the age of eight, I grew up in a Catholic home, but my parents were never strong, faithful Catholics. We began going to a non-denominational Christian church when I was the age of ten.  I grew up in the church, but did not have any kind of guidance or mentorship and after I graduated, I became curious of “the world.”  I became a prodigal child.  I still “considered” myself to be a Christian, but I assumed that as long as I wasn’t living a riotous life, I was fine. After all, I was friends with many non-christians and that was what Jesus did too (so I thought).  Instead of being an example to non-believers, I probably appeared to be a very bad Christian. I had faith, but I was swayed more by the rejection of people and what people would think of me, than I was of what God thought about me. I was lukewarm. I had one foot in the world and one foot in with Christ. I was protecting myself from rejection, but I still wanted to please God. Throughout that time, I was compromising by being “friends with the world” I hurt both God and myself.  I had forgotten the scripture that says, “You adulteresses! Do you not know that friendship with the world is hostility toward God? Therefore, whoever chooses to be a friend of the world renders himself an enemy of God.” (James 4:4) In His grace, God reminded me of this truth and got me to come back to my senses, as the prodigal son did in Luke 15:17. “But God” was not going to leave things like this, for I was a born again, child of God. He was going to use my pain, mistakes and experiences to refine me through His fire, for His glory one day. This is how this blog came to be, all for the glory of Jesus. We must live to please only God, this is our purpose and to spread the Gospel message to as many as possible, before Jesus comes back.

Thanks be to God for His merciful grace!  He allowed me to stray and He also disciplined me.  I praise Him for His discipline because those that are not His children do not receive discipline, only children of God receive discipline (“If you are left without discipline, in which all have participated, then you are illegitimate children and not sons. ESV Hebrews 12:8)!  I repented from my rebellion and God also began working.  First, He put me through His crucible.  I went through various trials that allowed for Him to remove the “gunk” in my life.  During this time of intense trials, I heard a story of an Ironsmith’s work.  An Ironsmith is said to be able to make a piece of metal “refined”, but he must first turn up the heat, in order to melt that metal and get rid of all of the impurities.  There can be various times during the process when the ironsmith has to increase the heat. This is the only way for the Ironsmith to both see the state of the metal and how he knows when all of the impurities from the metal have been taken away. He sees the end result, when the metal becomes pure.  What I next found out, was what captivated me and convicted me because it just spoke of God and how He works in our lives.  An Ironsmith keeps checking on the metal, the only indication to him that lets him know that all the impurities are finally gone, is when he can see his own reflection in the melted metal.  Isn’t that like God?!  Once we reflect who He is to others, then He can use us to bless others. We become refined through His fire.

Once that metal is “pure” and rid of impurities or (worldliness), the Ironsmith then begins to pour that metal into a new mold.  He then allows it to cool.  One would think that the “torture” is over, but then he has to heat the metal again and beat the metal to strengthen it. When he sees that the metal is up to his standard, he cools it, polishes it and not only does the same piece of metal become stronger, but it’s worth has increased because it was in the hands of a Master craftsman that guided the entire process.

It is when we reach the last stage, that we are able to be used by God because we have been shaped into “His image” and reflect who He is.   We have all been created in His image, but sin undoubtedly disfigures who we are meant to be in character and action.  Although the process of being refined is painful, it is through the fire that a stronger and more valuable vessel is made. I will still go through trials, but now I know that it is for correcting, strengthening of my faith and giving me patience and endurance, as well as testing the quality of my faith. Now, I can truly say, “Blessed is the man whom God corrects; so do not despise the discipline of the Almighty. For he wounds, but he also binds up; he injures, but his hands also heal” Job 5:17-18 (NIV). I was broken, beaten and refined through many different fires. At the time, I felt like Job, I questioned God and what His purpose for all of this was. In His mercy, He eventually revealed what He was calling me to do and when I submitted, He literally healed me in both body and soul. Now, I share that journey with all who read this blog. May you be richly blessed for the glory of God!

Jesus Was Born to Die

Read how God revealed Himself to me, in my darkest moment. I hope it will encourage your soul as much as it refreshed and healed mine.

We all face pain at some point in our lives. Sometimes, it’s hardest when Holidays come up. If you need healing, see exactly how it can be given to you, today. 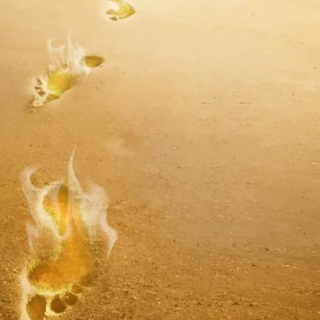