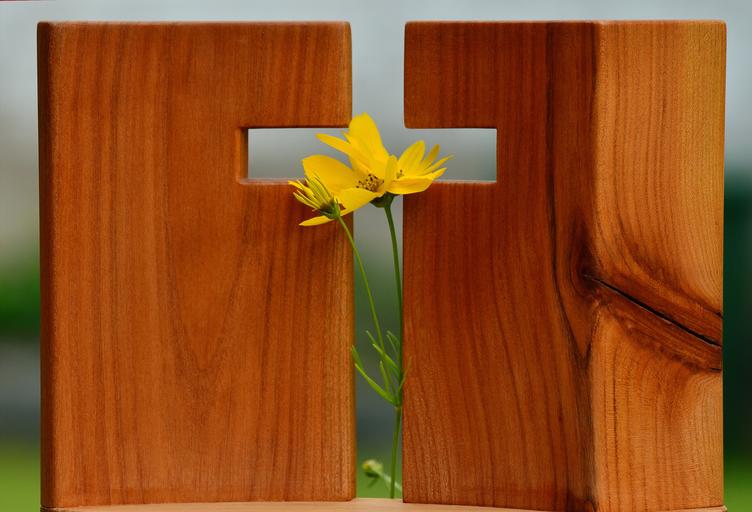 The Garden of Eden and the Garden of Gethsemane are two places in history that I have found to be such an interesting comparison. The beginning of humanity was in the Garden of Eden, but as soon as it was established, it quickly came to it’s end. Sin entered the perfect paradise and the world as we know it, was a fallen one. I began to see the links between the two, as I really delved deep into God’s Word. Both places are so opposite to each other, but have such a powerful story to tell us!

The Garden of Eden was a dwelling place for God’s most recent creations. It was a safe haven for Adam and Eve, where they had freedom of choice and free will. Here, they had absolute intimacy with their creator, God. They were still “innocent” in God’s eyes and had complete access to Him. The atmosphere was perfect, it was free of anything negative and provided Adam and Eve with everything they needed. Their physical needs were met because they were free to eat of any of the trees, except one, the tree in the middle of the garden. I find this so interesting because I do believe God had to place the tree of the knowledge of good and evil there. God did not create “robots” that follow commands, He gave free will. How else would free will be tested, unless there were a “forbidden” element?

Since Adam and Eve were created in God’s image, they were made in a triune form (body, soul and spirit). As their physical needs were met, so were their spiritual ones. Their inner-most being (the soul) was perfect and unscathed. It had never experienced anything negative like stress, pain, trauma, disappointment, danger, fear, loss etc. They had full access to God and were able to converse with Him, at will. They could ask questions and get the answer, right then and there! How awesome would that be!

The Garden of Eden was the physical beginning point, but another garden that is included in the Bible, is that of the Garden of Gethsemane. This garden was a garden with an intent purpose…a spiritual battle. When in the Garden of Eden, the devil took the form of a serpent in order to deceive Eve. There was a spiritual battle occurring in the Garden of Eden too, but in this case, the devil himself appeared to Eve. He “camouflaged” himself to appear as a friendly garden snake, that would seemingly appear as harmless. We read of Eve’s innocence as she talked back to a talking snake. This tells me that she was not “aware” of what what “abnormal” (talking back with a snake that also talks. I used to wonder how Eve didn’t stop and think for a second, why didn’t she realize that a talking snake is not “normal?” Well, she went with it and this spiritual battle, was won by satan. It was the downfall of mankind.

My favorite part of this story is when God asked Adam, “where are you?” God is omniscient, He knows all things. He knew where Adam was physically, but when sin entered the world, God felt the separation, spiritually. It’s interesting to note that God only asked Adam, this question. He was not leaving out women. God had first created Adam and God also gave Adam His instructions of NOT eating from that tree. It assumes that Adam was the head, the head of the household and Adam had not even adhered to that, but had listened to His naughty wife, instead of listening to God’s leadership. God was holding Adam responsible. It is assumed by the text, that Eve would’ve been standing right next to Adam when God was instructing Him what to do, but the one responsible, was Adam. I love the fact that although God banished Adam and Eve from the Garden, He immediately placed an Angel to guard the Tree of Life. If they had eaten from the Tree of Life, mankind would have no chance of redemption, for they would be lost in their sin eternally! But God was already aware of this and made sure to protect us from ourselves. By placing an Angel to guard this tree, God was not allowing mankind to be “lost” forever.

In the Garden of Gethsemane, we see another spiritual battle taking place. Jesus was made flesh and had experienced satan’s tactics and temptations, His entire life. In Luke 4:13 we find this insinuated, the ESV reads, “And when the devil had ended every temptation, he departed from him until an opportune time.” The devil might flee from us when we resist him, but he comes back when we are weakest (at an opportune time). In Matthew 26:41, we read that Jesus was feeling the spiritual battle in the Garden of Gethsemane. It says that Jesus asked His disciples to, “Watch and pray so that you will not enter into temptation. For the spirit is willing, but the body is weak.” The disciples no doubt were tired, it was late and they naturally fell asleep, oblivious to the fact that yet another spiritual battle was beginning in this garden. It was a battle for the title deed of the Earth and for the redemption of mankind from sin.

In the Garden of Eden, sin entered the world. Satan wanted to make sure that it stayed that way, at that moment, satan had gained the rights or title deed to the Earth. Satan had also had God’s Masterpiece creation condemned to Hell. I can imagine satan gathering all his demons to put the pressure on Jesus that night in the Garden of Gethsemane. I personally believe that it wasn’t that Jesus was afraid to go through with it. I believe this because He knows all things and would’ve known that He would resurrect from the dead and be glorified. I believe it was that He was Holy and knew that He would literally become sin. Jesus would go from being pure to impure. He would literally embody every form of sin that has been committed by every human being that has ever lived from the first human (Adam) to the last human being. He would experience every rape, every physical abuse, hatred, malice, evil and everything that is considered “sin” in God’s eyes. Because He would become every sin ever committed, He would also be judged by God’s wrath. Becoming sin, would mean that He would be separated from God, something that He had never been because Father, Son and Holy Spirit are one. They commune in a relationship and for the first time in history, that relationship would be broken, but only momentarily. It was a HUGE cross to bear, literally. Jesus won that battle in the Garden of Gethsemane and submitted to the Father’s will.

Don’t we do the same, as Christians? We are new creations in Christ once we are born again, but we still battle the “flesh.” We battle our old nature that battles against God’s will and although we know what God’s will is, sometimes it is not an easy situation. We consider compromising or hiding it. The story of these Gardens show us so much. I have learned that just as children “hide” when they do something naughty, we should be aware that if we hide anything from another person, it is also sin. This is when we need to be praying the most, asking God for His strength because so many times we convince ourselves that we can handle it on our own. Our flesh is weak even though our spirit is willing. We know what God expects of us, but actually doing it physically can sometimes be a battle within ourselves. We need to remember that, “I can do all things through Him, who strengthens me.” Phillipians 4:13

In Luke 22:43-44 we read, “Then an angel from heaven appeared to Him and strengthened Him.  And in His anguish, He prayed more earnestly, and His sweat became like drops of blood falling to the ground.” We might not get an angel from heaven to strengthen us, but it is good to note that Jesus received spiritual strength to bring God’s will to fruition. Another note is that He still went through “anguish,” but it was before the anguish that He received strength. Be encouraged today that we have an awesome God that is with us through all our storms in life. Usually, you must go through the storm before the clouds will clear. Hold fast and stand firm in Jesus because He will get you through it all! #struggles, #christian, #endurance, #God, #Jesus, #Joseph, #trials, #love, #spreadingthegospel, #singleparent, #muslim, #mormon, #jehovahswitness, #buddhist, #atheist, #naturalist, #agnostic, #lgbtq, #truelove, #love, #Jesussaves, #man, #woman